The end of World War II saw the emergence of the United States as a military, economic, and political super power. The United States became the world's "policeman", intervening in foreign nations. The reasons for foreign intervention are stopping human rights violations; stopping the spread of Communism while setting up a democratic government in the process; and for economic gain. The question was, and is,does the United States have the responsibility to intervene in foreign nations when such rights are imperiled? 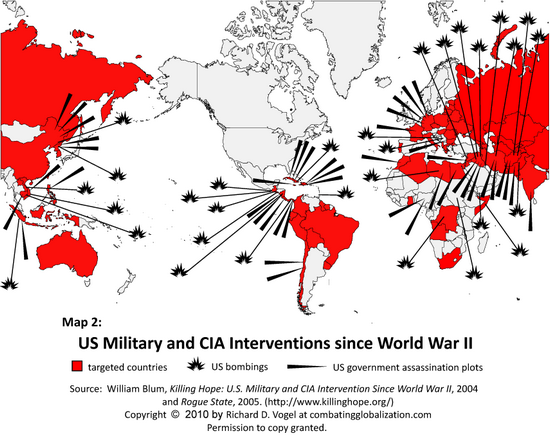